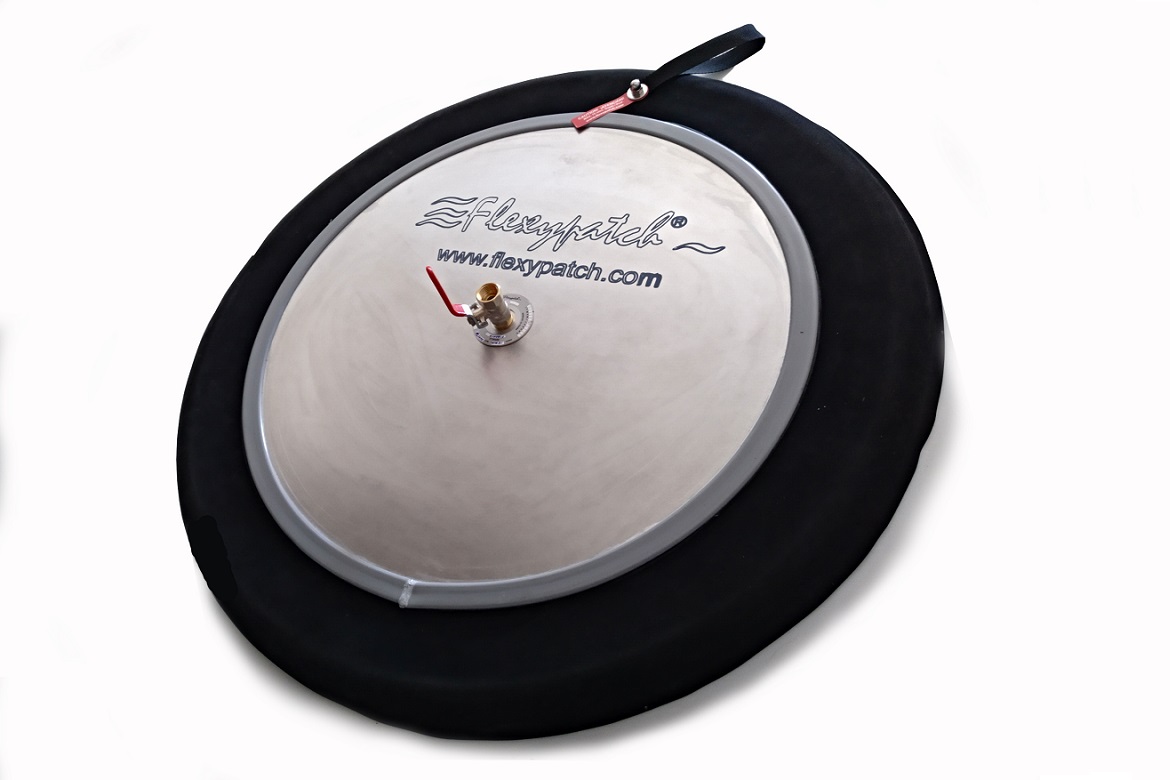 Flexypatch-Rig is a fast sealing device made of high density CR foam in combination with reinforced rubbe, aluminium cover and  neodymium magnets holds itself and can adapt easily to light curved surfaces, making watertight any opening under its plate.

It is used mainly to:

Our flexypatch - Rig is specially indicated to plug overboard discharges pipes and so to repair or renew overboard valves and their pipes attached internally to vessel's shell.

Its use can avoid placing a vessel in drydock and its costly effects.

It can be used also to cut off oil spills  from damaged shell plating when the head of liquids is not high.

Our flexypatch - Rig   model is  surpricing efficient to plug and make watertight leaking oveboard pipes o valves of sunk vessels, so that it can be re-floated easily, safely and fast.

Our flexypatch "rig" can be ordered with magnets or suckers, or with convination of them, allowing to place it on soft non- ferruous surfaces such as aluminium or GRP .

Size marked with "*"  have been cataloged by NATO/OTAN and are being used by the US Navy, Portuguese Navy and Spanish Armanda .